Marilyn Dumont is of Cree-Métis ancestry and lives in Edmonton, Alberta. Since 1985, Marilyn's work has been published in numerous Canadian literary journals, widely anthologized, and broadcast on radio and television. Her first collection won the 1997 Gerald Lampert Memorial Award, presented by the League of Canadian Poets, for the best first collection of poetry that year by a Canadian writer. Her second collection won the 2001 Stephan G. Stephansson Award from the Writers Guild of Alberta. Initiations: A Selection of Young Native Writings is her first editing work with Theytus. 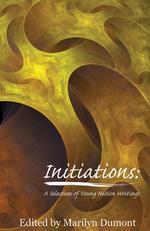