Albert J. Canadien was born on the land near Fort Providence, Northwest Territories, when most of the Dene people still lived in permanent traditional villages. He was taken to the residential school at the age of seven and, for the next several years, came home only for summer holidays. Albert studied management at the University of Lethbridge and became a certified member of the Aboriginal Financial Officers Association of Canada. During the Berger Inquiry, he served as chief of the Deh Gah Got'ie First Nation in Fort Providence. As a civil servant in the Northwest Territories, Albert worked as a settlement administrator, an assistant to the clerk of the legislative assembly, the director of the language bureau and most recently the director of official languages in Yellowknife. Albert was an original member of the Chieftones (Canadaâ??s All-Indian Band). He began writing in 1995 and is now working on his second book. 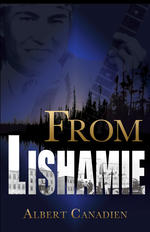